Surprised by Interior and Local Government Sec. Eduardo Año is what the police are doing by patrolling various community pantries to allegedly conduct profiling on its organizers.

According to Año, he did not order the PNP to conduct profiling and the emerging community pantries are not new because Filipinos have been doing this for a long time to revive the spirit of bayanihan.

The secretary allegedly supported the community pantry and in fact urged the public to emulate this good work as long as it is not used as propaganda or as a means of politics.

Año appealed to the organizers to make sure that the minimum health protocols are followed in laying out pantries against COVID-19.

“As long as the intention is good and without political color, it should be encouraged and supported. Since this is a purely voluntary and private initiative, we should not interfere except to ensure that minimum health standards are complied with, ”Sec Año said. 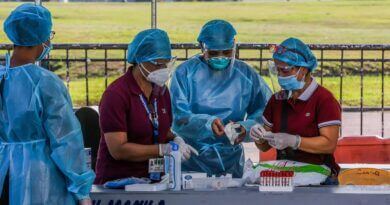